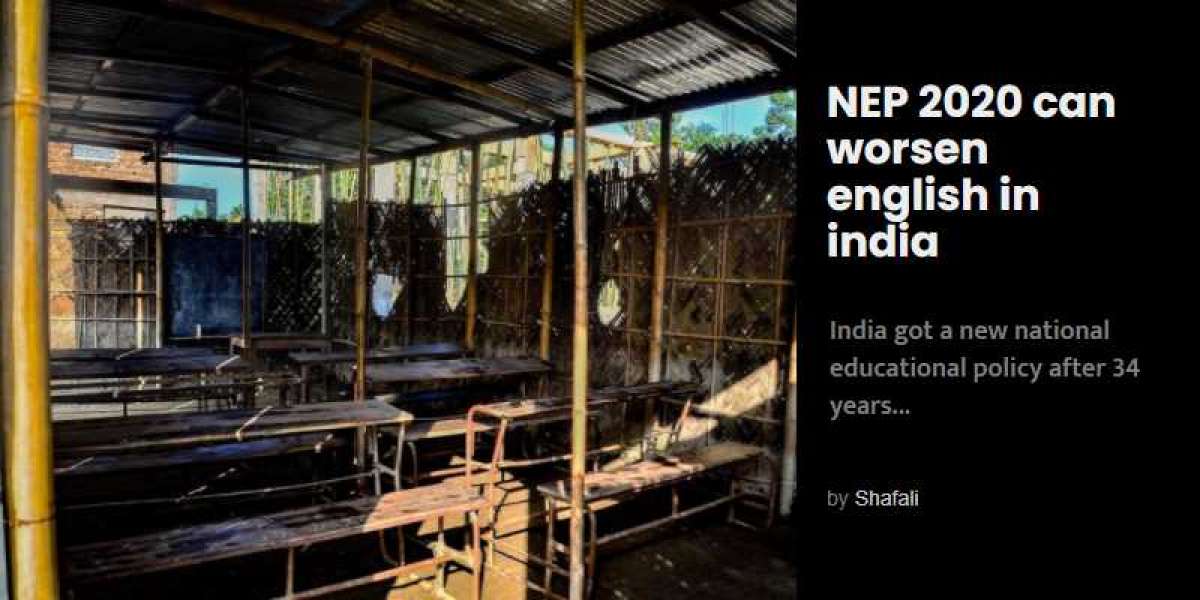 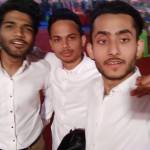 India got a new national educational policy after 34 years and it has sparked the medium of instruction debate again. The policy document states - "Wherever possible, the medium of instruction until at least Grade 5, but preferably till Grade 8 and beyond, will be the home language /mother tongue /local language /regional language."1 There's ambiguity regarding whether it'd be an imposition or a choice, depending on State implementation. While the National policy on Education (1986) mentions "special emphasis laid on study of English", the language doesn't find itself anywhere in mention of the medium but only in context of creating bilingual educational resources in NEP 2020

A classroom of government school at Lakhimpur, Assam where multiple schools from different villages have merged as one. Photo By- Abhimanyu Banerji


In it's vision to promote regional languages/mother tongue, NEP 2020 has completely overlooked the crisis of English language learner, especially belonging to Socio-Economically Disadvantaged Groups (SEDGs) - an umbrella term used in the policy document broadly categorizing based on gender identities (particularly female and transgender individuals), socio-cultural identities (such as Scheduled Castes, Scheduled Tribes, OBCs, and minorities), geographical identities (such as students from villages, small towns,and aspirational districts), disabilities (including learning disabilities), and socio-economic conditions (such as migrant communities, low income households, children in vulnerable situations, victims of or children of victims of trafficking, orphans including child beggars in urban areas, and the urban poor).

Students who have received English medium instructions from as young an age as 3-4 years are finding it difficult to hold confident conversations in the language. They say they "understand, but can't speak". While international and elite private schools follow up with the latest trends and are well equipped with resources, smaller private schools and government schools are still lagging behind. Pedagogical resort in mainstream continues to remain traditional blackboard teaching. This leads to broadening the gap between the English and non- English speakers, translating further into disparities on-ground in terms of academic and employment opportunities.

When Macaulay first introduced English as a medium of instruction in 1835, it was to anglicize Indians, create cultural intermediaries and create a demand for foreign universities. During British rule, there were universities established to disseminate knowledge in English. It became the language of law and administration. The primary speakers initially were rulers and elite class but it eventually became widely used by freedom fighters and intellectuals during our freedom struggle.

Post independence, there were attempts at exodus of English when certain political parties in the North boycotted it widely in 1957. The Bharatiya Jana Sangh wanted Hindi to substitute English during 1962-63. However, there was a strong and persistent agitation against Hindi

imposition from the South.3 English Language Amendment Bill 1963 stated that English would be an associate language "until such time as all non-Hindi States had agreed to its being dropped"4 (which hasn't come yet).

There has been a significant shift in our usage of English language from 1835 till date. India had a great diversity in regional languages and thus grammar translation method or direct method of teaching was difficult. Learners were overburdened with vast course and exam pressure. In 1920-30s, Dr. Machael West concluded that English required in India is of a "passive type" and proposed the New Method which stressed on reading aloud and silent reading.5 The curriculum and pedagogy were reduced to what was "essential" and completely overlooked what was considered "insignificant" like listening skills, speaking skills, soft skills, communication skills, inter- personal skills, technical skills etc (i.e. skills of huge importance today). English became a boring necessity and we slacked in the language after British left. While our needs and purposes have transformed since, the methods and course content remains the same.

There has been a sudden awakening of anti- colonial sentiment with insistence on enforcement of medium of instruction in mother tongue/ regional language wherever possible. But English as a language has become more evolved and more Indianized today. Its encounter and penetration in the Indian demography and culture has given rise to Indian English; accomodating vocabulary, accents and pronunciation unique to the Indian culture. Also, with the conceptualization of English as an International Language (EIL), it isn't limited to teaching culture of the English native countries, but can be used as a tool to teach about people's own culture and other international non-English cultures.6 It's no more a cultural enforcer for the British but ​lingua franca​ inside and outside India. It's a means for inter-state as well as international communication. Associated with upward socio- economical mobility, it is the language of International commerce and paves the way for advancement in academic and professional spheres.

People citing successful usage of mother tongue as medium of instruction in countries like Japan, Germany and China fail to see the homogeneity in their native language, unlike India where we've linguistic diversity even within states due to high intra- country migration. These countries also have a more advanced education system that invests heavily in the ESL market and hire native experts to expose children to English from an early age.7 When government of West Bengal abolished English and reinforced Bangla as a medium of instruction in primary schools from 1982 - 2007, the arguments given were what is being reiterated for NEP today - to curb drop out rates, increase enrollments and give children a more accessible language of mother tongue instead of the 'alien' language that is English. This, however, gave rise to the private sector offering training in English. There was a gradual dilution in language teaching due to lack of efforts in Bangla teaching with standards of secondary level English teaching lowered significantly. At University level, these students found it hard to accommodate English as a medium of instruction or as a field of study, disadvantaged students

from socially less privileged groups to an even greater extent in university classrooms. English teaching skills eroded and the policy was rolled back after it's failure.8 While it's widely observed that English speaking accompanies a certain status- symbol in India, but in order to dilute the power associated with it and empowering learning with native languages, NEP is taking away already scarce opportunities from the disadvantaged. English is accessible to only a micro and elite part of our population. There's an assumption that with English being the medium of instruction, proficiency would automatically follow. However, that hasn't been the case. "The use of outdated teaching methods and the poor grasp of English exhibited by the authors of many guidebooks disadvantage students who rely on these books, giving India only a moderate proficiency in English"9 (Chelliah, 2001) Reinforcing Mother tongue or regional language without emphasis and reform in our current practices could have disastrous consequences. Instead of addressing the poor state of English language teaching and restricted access to the language in the country, NEP could result in making English even more inaccessible to the marginalized. And we'd be left with a bigger discrepancy between the privileged and the oppressed than before - defeating the premise of aim of Education.

Having 2 years of experience in varying educational setups, Shafali is passionate about transforming Indian classrooms. Educator, Artist and Activist, she’s pursuing her Master’s in English, along with a PGD in Special Education Needs.
Abhimanyu Banerji is a Photojournalist based in Delhi and Kolkata.
Jagruti is a freelance journalist based in Nagpur, Maharashtra. 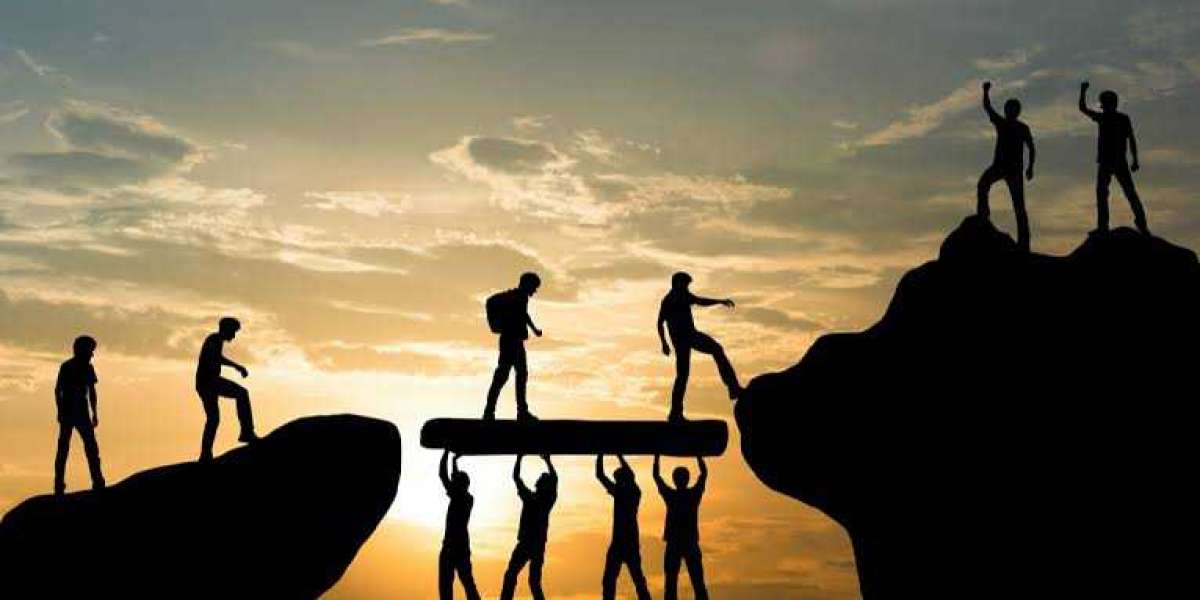 RESILIENCE – A KEY TO HAPPINESS